Hello friends. I’d like to introduce you to a lovely woman by the name of…

well to enhance her burgeoning fame, let us now call her: 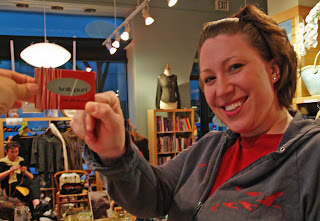 How I wish I had the mad-skills to make little diamond-dust sparkles erupt as you read her name. I can only manage a meager (bling bling).

Fabulous Farrah (bling bling), designed the Basket Weave Baby Hat for the wee ones of the world. Her original design was created out of Cascade 220 (my personal favorite work-horse yarn) but Fyberduck and I found the hat is just as elastic (great for growing noggins) in Rowan’s All Season’s Cotton. 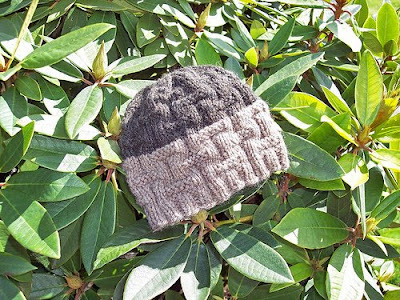 For those not familiar with the blog, each quarter we in blog-land will rifle through submissions from you and post a free pattern to our readers (all two of you). In return the person whose submission was chosen receives (drumroll):

An Authentic Knit Purl gift card loaded (with our meager budget) to the hilt with gauranteed real, fifty American dollars! 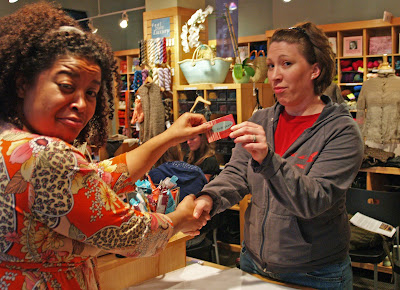 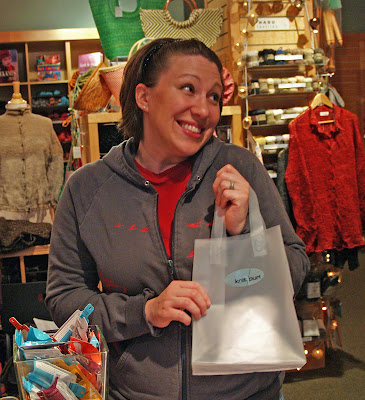 That kind of added purchase power is like a drug. It makes people giddy with happiness. So much so that they are moving so fast they are blurry in photographs. 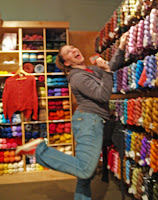 Also included is street cred folks. Without it (as we all know) you can’t “throw down” in a Westside Story-esque Knit-off. People won’t have documented proof of your mad skills, yo dawg! 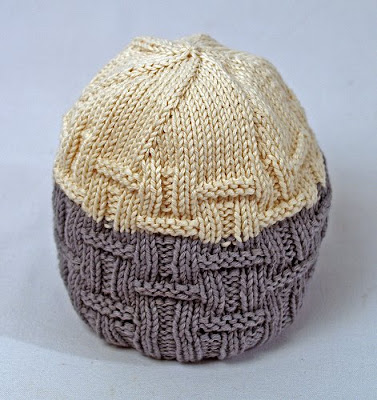 Hat Body:
Work in Basket Weave Pattern” for 2”.
Change to CC and continue in pattern for 1”.